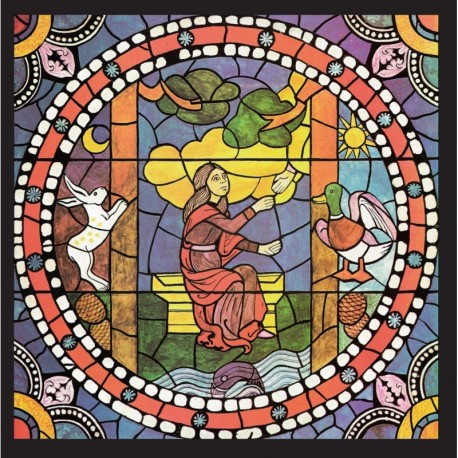 At the time of the album’s recording, Pekka Pohjola was heralded for his bass playing in Wigwam – Finland’s most influential rock band that also included British-born singer-songwriter legend Jim Pembroke, late great drumming ace Ronnie Österberg and keyboard prodigy Jukka Gustavson. As the bass player in Wigwam and a most excellent keyboard player in his own right, Pohjola was refining his compositional might back in 1972.

At just over 33 minutes, Pihkasilmä kaarnakorva features five prodigious, complex works of instrumental rock wonder, abundant with intricate melodies and graceful musicianship. The album spotlights some of Finland’s best instrumentalists from the era – Jukka Gustavson (keyboards), the late, great Pekka Pöyry (soprano sax, flute), Risto Pensola (clarinet) and Reino Laine (drums). Pohjola’s incredible bass playing proves why the late, great Frank Zappa wanted Pekka to come to the U.S. and tour with his band, although till this day, the absolute focal point of the album is the great action-packed music.  Listening again, now 48 years
after it was recorded at Finnvox studios in Helsinki, Pihkasilmä kaarnakorva serves as an illuminating prologue to a musician who, by the mid ‘70s was ready to change the way a lot people would be listening to music in the advancing years.