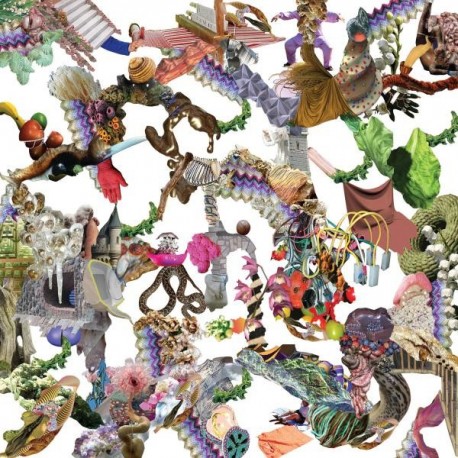 As collectors, we are always on the hunt for our next score. There are the holy grails — the records that represent our greatest finds — and then there are “happy little accidents,” as Bob Ross would say. Henry Rollins shares the coolest records he found that he wasn’t looking for.

I believe the year was 2012. I was in Helsinki, Finland for a show. Road Manager Ward came into the backstage area and told me there was a cool record store across the street from the venue. We go in. It’s a small, well-curated shop where it seemed obvious to me, at least, that the owner really knew their stuff. I have what seems to be an attraction to the Noise/Drone/Avant/Experimental sections of any record store. Within a minute or two, there I am and that’s where I found myself in this shop.

I started pulling out records, very much intrigued by the covers of the records. Many of them were hand-numbered in small editions, which made me even more interested. I made a healthy stack of the records and brought them up to the counter and asked if I could hear a little of one of them. A record gets put on and this fantastic strangeness came out of the speakers. After a minute, the guy behind the counter took the record off, and almost immediately, a man next to me said, “Thank god!”

I asked the guy behind the counter about these groups, not a single one I had heard of, with names I had no idea how to pronounce. He told me these were local groups and shows were often done in living rooms as house parties. Kemialliset Ystävät, Tomutonto, Tuusanuuskat, and others were all new to me. My curiosity brings out the best in me sometimes. I had a few minutes before soundcheck and made a quick decision. I asked the guy if all the records in the stack were as cool as the ones he played me. “Yes!” Smart guy. I bought them all.

At this point, I have no idea how many records I have from Finland. Hundreds. I can’t read much of what’s on the records, can’t always figure out what instruments are being used; all of this I rather like as it keeps the level of mystery up and allows me to listen without being able to make many assumptions. I just put a record on and by doing so, show up in full. I have no idea if I ever would have found this music had I not gone into that store. I think it has to be the coolest music find I kind of tripped over.