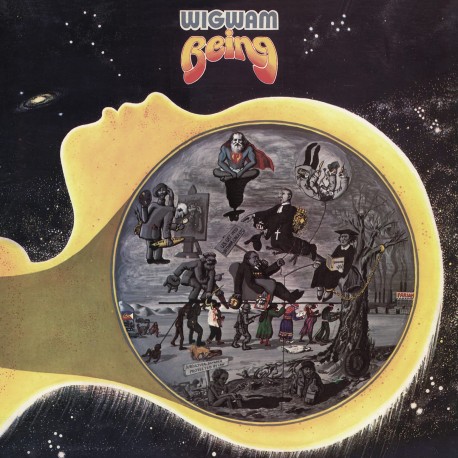 Finland´s Wigwam definitely belongs to the honorable circle of the pioneers of early progressive rock.

Considered by many as Wigwam’s most ambitious work, Being was originally released in 1974.

The album was partially remixed and remastered in 2001, and this latter version is considered superior by the group’s mastermind behind the album concept, Jukka Gustavson.

When Svart began planning the Being reissue, we were faced with the problem of whether to base the vinyl on the original version or the 2001 version, both somewhat different from each other. Eventually we decided to expand the album to a double vinyl, with the 1st LP being as close to the 1974 version as possible, and the 2nd LP presenting the 2001 edition on vinyl for the first time.

The original vinyl release featured two booklets, one in English and the other in Finnish. Our version has the contents of both + unreleased photos + a new interview with Jukka Gustavson in one massive booklet.