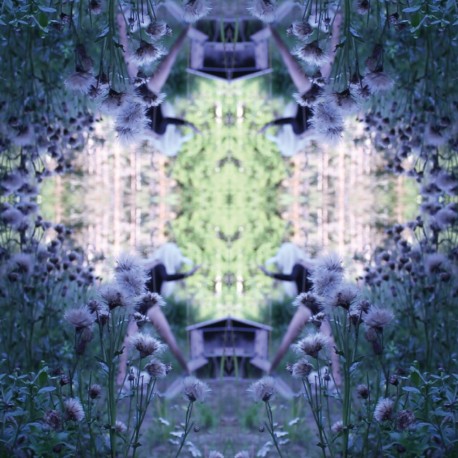 “Lauri Ainala asked me to get the live band together for the Tuote book release party at Korjaamo, Helsinki in the spring of 2018. First the idea was to perform as a Paavoharju tribute band, but since Paavoharju has never really been a cohesive group and the groups line up had changed a lot over the years it was decided to do it as Paavoharju after all.

Perhaps the biggest reason that we considered to call it a tribute band was because Olli Ainala was missing from the line up. It was clear that Toni Kähkönen and Joose Keskitalo would be included. For the vocalist that could manage the peculiar style of Jenni Koivistoinen there was only one possible option. Anniina Saksa who also sang on Paavoharju’s third album. Tuukka Tervo was asked to be the frontman as I knew he got the idea and was able to play both the guitar and the keyboards. Tuukka suggested that Lasse Lindgren could play the bass. I played drums and Lauri handled the ambience and hiss. In the end the sound was closer to Paavoharju’s original compositions than ever before.

The gig at Korjaamo was supposed to be the only concert but because it worked so well we decided to play Flow Festival and Ääniwalli to celebrate the release of the first two albums’ reissues. One more set of concerts was played at G Livelab Helsinki and Tampere. The band was performing excellently with the added help from Teemu Vänskä on Piano and Synthesizer. The G Livelab concerts happened at the last moment on the 11th and 12th of March, just before the pandemic shut down the country on the 13th of March 2020.”


Please note there is no digital download available with the vinyl and it is not available on any digital platforms. Vinyl only release!