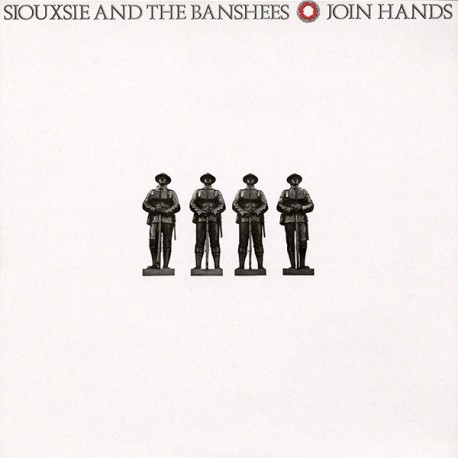 
Second studio album, originally released in September 1979 by Polydor (except in the USA by Geffen and in Australia by Interfusion). Recorded at Air Studios, London, and produced by Mike Stavrou and Nils Stevenson. Words and music by Siouxsie and The Banshees, except "Poppy Day" (words adapted from the first two stanzas of "In Flanders Fields" by John McCrae, 1915) and "O Mein Papa" (music composed by Paul Burkhard, 1939). The lyrics of "The Lords Prayer" quote from the prayer of the same name, and from songs including Bob Dylan's "Knockin' On Heaven's Door", Phil Medley and Bert Berns's "Twist And Shout", Dillinger's "Cocaine In My Brain", and John Kander and Fred Ebb's "Tomorrow Belongs To Me". (At their early concerts, the recording of "Tomorrow Belongs To Me" from "Cabaret - Original Soundtrack Recording" was played before Siouxsie and The Banshees appeared onstage.)

One single from the forthcoming album was released in July 1979: Playground Twist.