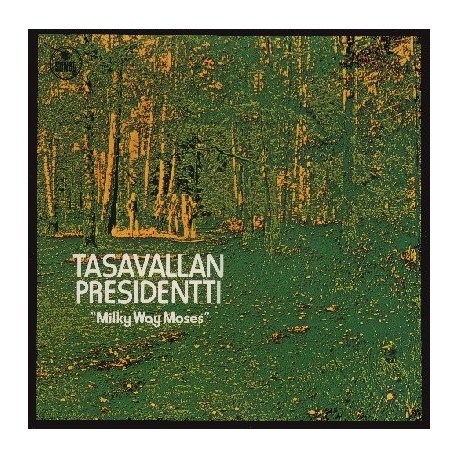 Tasavallan Presidentti, along with Wigwam, were Finland’s top export act in the days of the first wave of progressive rock in the early seventies. Svart Records have, in co-operation with the band members, prepared new editions of these classic records on vinyl and CD, for the ages.

Originally released on Love Records in 1974 and subsequently licensed to many foreign labels, Milky Way Moses was Tasavallan Presidentti’s last album of the classic seventies era, the band ending their career for the time being not long after.

The Svart reissue expands the original jacket to gatefold, with full lyrics printed inside, and also adds a 12 page booklet with new interviews with the band plus rare photographs.