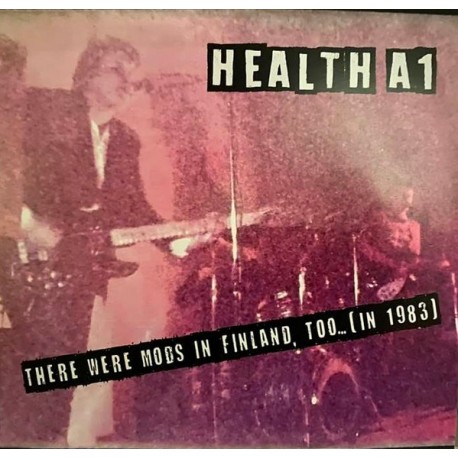 A2 Back To The City

A4 Love Beneath The Waist

B1 Under Neon Lightnings

B2 Back To The City

B4 Love Beneath The Waist

Was there ever any Mod Revival-scene in Finland, of all the places? The youth culture that was massive in England, was here only for a select few. The biggest of the musical acts was probably Lola Ego in Helsinki, who even made a couple of records. A bit further away in Harjavalta in Satakunta region a band called the Health A1 tried to gain foothold within recording labels. The band’s first demo got noted by Poko Records who financed the next studio recordings for the band. The promising career was cut short before it even properly began due to unfortunate circumstances. Luckily the original recordings were found again and a thought of a release started seeming a good idea. And thus, a 12" mini-LP "There were Mods in Finland too... in 1983" is finally out and available, despite many vinyl manufacturing delays. It is a limited edition of 200 copies on red vinyl.