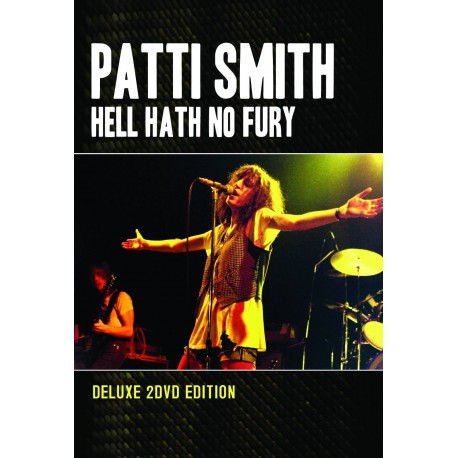 Arguably the most iconic, challenging and creative solo female performer of the rock age, Patti Smith, having clocked up a musical career now exceeding 45 years, has intrigued and delighted almost every music fan who has taken the time to listen to her albums. And while the girl from Chicago - via NYC - continues to record new material alongside her career as a much respected author, it cannot be denied that it was the music she created from the second half of the 1970s to the early 1980s that remain her most glorious and astonishing work.

This double disc set focuses on this part of Patti's career across 2 DVDs, the first being a unique documentary of this era in Smith's story, the second featuring a film tracing her place in New York s punk/CBGBs scene when she really was the queen on the street and along with the Velvet Underground - the biggest influence for so many younger bands and artists who came along in this remarkable lady's wake. Featuring oceans of rare footage plus contributions from those who worked closely with Smith, and rare archive interviews, along with review and criticism from her biographers, this set really gets under the skin of the Patti Smith phenomena. Contributors including Patti's ex-beau Richard Hell and the ever entertaining Jayne/Wayne County. Featuring footage of the likes of: Television, Blondie, The New York Dolls, The Heartbreakers, The Ramones, Richard Hell & the Voidoids, Talking Heads and Suicide.

23 other products in the same category: