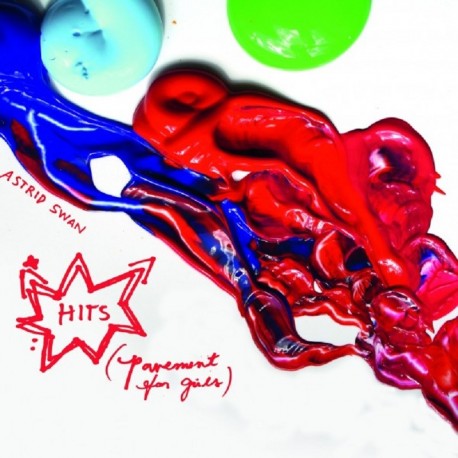 Astrid Swan is an up-and-coming Finnish singer and she likes Pavement. A LOT. So much, in fact, that she recorded covers of nine of the indie band’s most popular songs for a new album called Hits (Pavement for Girls). The LP just landed on the web in advance of its August 17 release — and it’s totally awesome! Listen below.

We reached Swan — a piano-based singer-songwriter in the vein of Regina Spektor, who released her debut Poverina stateside in 2007 — at home in Finland to get the lowdown.

“Pavement was not always my favorite band, but the absolute favorite of some of my close male friends,” she says. “I tended to feel somewhat left out of their fanatic love for Pavement. This changed in May 2010 when I went with these fanatics to England to see Pavement play at ATP and in London. That’s when I got the idea that I had to do a full covers album to get to know what Pavement means to me.”

Swan transforms the jangly guitar-driven tracks, including “Gold Soundz,” “Box Elder,” and “Grounded,” into slow and dramatic piano/keyboard-based songs with atmospheric flourishes. “I love their song writing,” she says. “All best songs in general would essentially work as children’s songs and Pavement has loads of those tunes.

“For a long time Pavement seemed to me to be exclusively for the boys… That’s why I felt I would never be invited to the fan club. And because as a woman and an artist I have been tirelessly bracketed under ‘woman-this-and-that,’ I decided to play with this expectation of femininity myself. I dedicate the album to my closest girlfriends.”