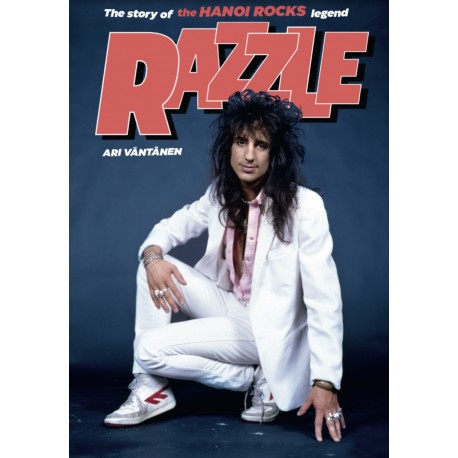 Razzle played drums in Hanoi Rocks. His life ended in a car accident involving the singer in Mötley Crüe. But who really was Razzle, and what was his life like?

To answer these questions, the author of this book interviewed dozens of people who knew Nicholas “Razzle” Dingley. Together with old interview quotes, their stories create an image of a lovable rascal who was always up for a practical joke, kept his band together, and loved his rock’n’roll lifestyle from the bottom of his soul.

I’d like to dedicate this book to those who aren’t with us anymore. During the writing process, several people involved in Razzle’s story sadly passed away. So, this is for you, Timo Kaltio, Seppo Vesterinen, Scott Bushburt, Ron Creaser and Shaun Newnham. We remember you, and we remember Razzle.