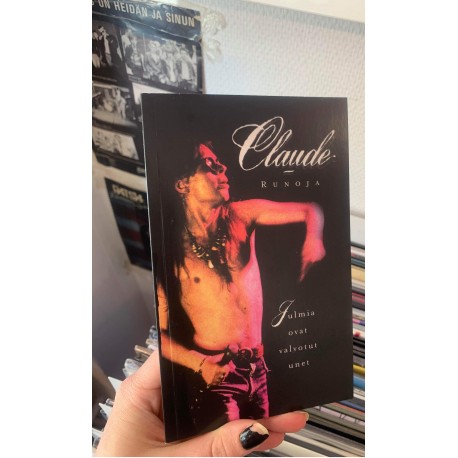 This product is no longer in stock


A book of poems by the late singer of Smack.

Record of the Week : V/A "Smacked! a tribute to Ilari Claude Peltola"

What's the common denominator between Nirvana and Guns N Roses ? While back in the days the press often talked about the animosity between Kurt Cobain and Axl Rose they unfortunately missed the positive link they had : a mutual love for a Finnish band called Smack.

Nirvana used to play their song "Run Rabbit Run" onstage while Axl has clearly been influenced by Smack singer Claude. And the rest of the band were also fans like Duff McKagan and Slash proved last year when wearing a Smack Tee shirt at their Finnish gigs during Guns N Roses "Not In This Lifetime Tour".

Sadly Claude passed away at 30 years old but left us a solid musical legacy both with Smack and his second band The Fishfaces.

If you're not familiar with Claude and his friends works you will discover how these songs are still great so many years later. And if you are/were a fan, you'll hear how great these covers are.

From Seattle to Los Angeles, Smack left a deep mark on countless musicians and music lovers.